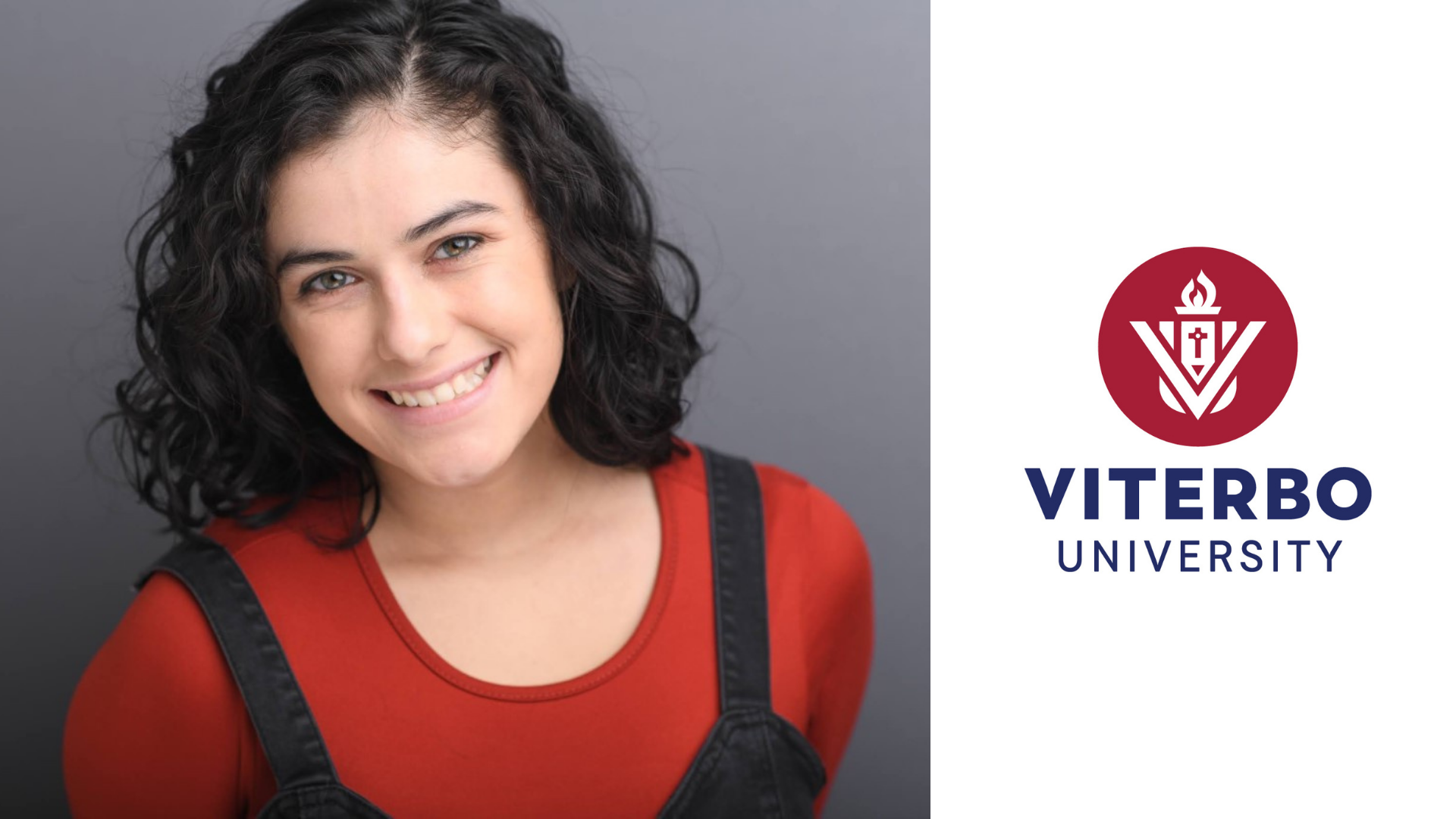 Why did you choose to attend Viterbo University and why did you select this major?

I originally planned on becoming an architect. But as graduation approached, I couldn’t accept that my last performance ever was coming up. I knew I would always regret not trying for a career in theatre. Once I started auditioning, seeing classes, and attending collegiate theater, I knew I couldn’t do anything else.

I decided on Viterbo when I was at a college fair. While papers, folders, and merch were being shoved into my hands, the Viterbo team was the only one that asked me what I actually wanted in my education. At Viterbo, I could choose things that I wanted to study beyond the courses required for my major. The professors have the time to know you as a student, as a person, and as an artist. Soon it was days packed with learning, rehearsal, study and more rehearsal.

What was the most memorable moment of your time at Viterbo?

Of course, actually making theatre together was the most rewarding part of my time at Viterbo. One of the most memorable moments came while I was directing a one-act with some underclassmen. I remember sitting in the booth, mouthing the lines we’d worked so hard on. The laughing audience couldn’t get enough of it, and the actors began to feed off the energy, creating more fabulous moments. I’ve been an actor and an audience member but sitting in the director’s seat for the first time made me fall in love with theater all over again.

What did you hope to get out of the program, and did you achieve it?

I wanted three things out of my college studies.

What advice do you have for teens looking for the right college?

When it comes to choosing where you’ll study, pay attention to how college recruitment talks to you. If you’re going to be just a number in a sea of other numbers, it’s incredibly difficult to explore who you are as an artist and make progress. When you graduate, having your own artistry is way more important in this industry than becoming a cookie cutter actor to dress up a set.

If I had any further advice for students preparing to major in theatre, it would be two things: Pursue some music study if you can. I wasn’t a music theatre major, but there’s so much music in theatre. Also: Read plays. You can never, never, never read enough plays when you’re an actor, so start now!

Blog posts delivered to you weekly

Stay up to date with the latest news, tips, and advice for successful teens and their parents.

TeenLife student, parent and educator members are the first to learn of new developments in the world of experiential learning as well as receive special offers on programs and services that are essential for teen success. Membership is free, so sign up today! Rest assured, we will not rent or sell your contact information to anyone.

Welcome to the Family!

To help create a great TeenLife experience for you, we need to ask a couple more questions. Then, we’ll take you right back where you started.

Welcome to the Family!

To help create a great TeenLife experience for you, we need to ask a couple more questions. Then, we’ll take you right back where you started.